Description: Although they have the distinctive long tail, head crest and red facial wattles like other pheasants, the cheer pheasant is much less colourful. Mottled buff and brown feathers allow both the male and female of this pheasant species to blend into their natural habitat. Although smaller, the female cheer pheasant looks very similar to the male, which is rare among pheasants.

Distribution and Habitat: Cheer pheasants are considered Vulnerable on the IUCN Red List of species at risk around the world. In their native habitat on the high-altitude, rocky southern slopes of the Himalayas, they are protected and in some areas re-introduction programs have been attempted.
• See Map

Diet: Most active in morning and evening, cheer pheasants use their strong beak to dig for grubs, worms, and roots and also forage for seeds, berries and other plant items above ground.

Life Cycle: During most of the year, cheer pheasants congregate in groups of 5 to 15 individuals, but split up into monogamous pairs during breeding season. Cheer pheasants prefer to nest at the base of steep hills or rocky faces. Laying more eggs than most pheasants, female cheer pheasants incubate a clutch of about 10 eggs for around 26 days. While only the female sits on the nest, the male remains nearby and participates in rearing the brood once hatched.

Did you know? Cheer pheasants prefer habitat with moderate levels of disturbance and therefore benefit from human activity such as agriculture and land clearing, however this also makes them very vulnerable to hunting, which is one of the major pressures on their populations. 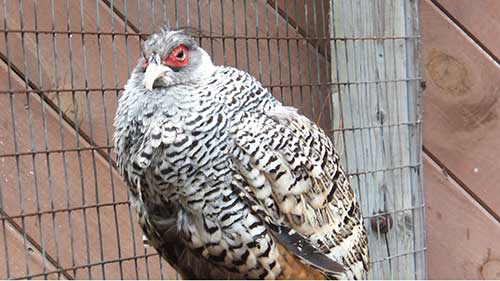 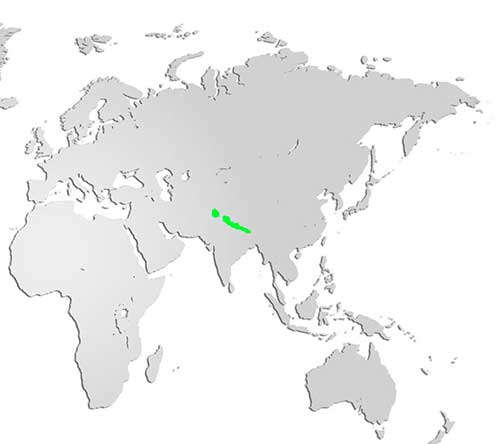