Description: Ravens are covered in glossy black feathers. They have a thick neck and ruffled feathers on their throat. Their tail, while in flight, is wedge-shaped and their wings are long and narrow especially when compared to their close relative the American Crow. They have thick black beaks and black legs. They stand 56-69cm (1.9-2.3ft) tall, weigh between 0.6-1.6kg (1.8-3.9lbs) and have a wingspan of 1.2m (3.9ft).

Distribution and Habitat: Ravens can live in most areas from forests and grasslands, to coasts and mountains, they will live in the tundra as well as the desert. They have also adjusted to humans living in cities, parks, and farmland too though not as much as their relative the crow. Ravens seem to prefer a wooded area for nesting near an open area for feeding.
• See Map

Diet: Scavengers, ravens will eat almost anything. They hunt small animals like rodents, amphibians, reptiles, smaller birds, insects, arachnids, and fish. They also forage for eggs, carrion, grains, fruit, berries, and nuts. They will get into human garbage and even eat animal feces. When ravens find a surplus of food, they will cache the food for later use.

Life Cycle: Ravens are often seen alone or in pairs. After courting behaviours of flight displays and gift giving, the pair typically bonds and remains together for life. They nest in trees, on cliffs, or on structures such as buildings or telephone poles. Males bring sticks and nesting materials to the nest site, but the female constructs the nest. The female lays one brood of 3-7 eggs that she incubates for 20-25 days. The male defends the territory and helps feed the young. Ravens have a lifespan in the wild of 10-15 years.


Did you know? Known for their intelligence, ravens have good memories and can solve complex problems including understanding cause and effect. They communicate making various noises as well as imitating other living and non-living things. They will also form partnerships with wolves, calling them to the site of a dead animal so the wolves can rip open the carcass giving the ravens access to the scraps. 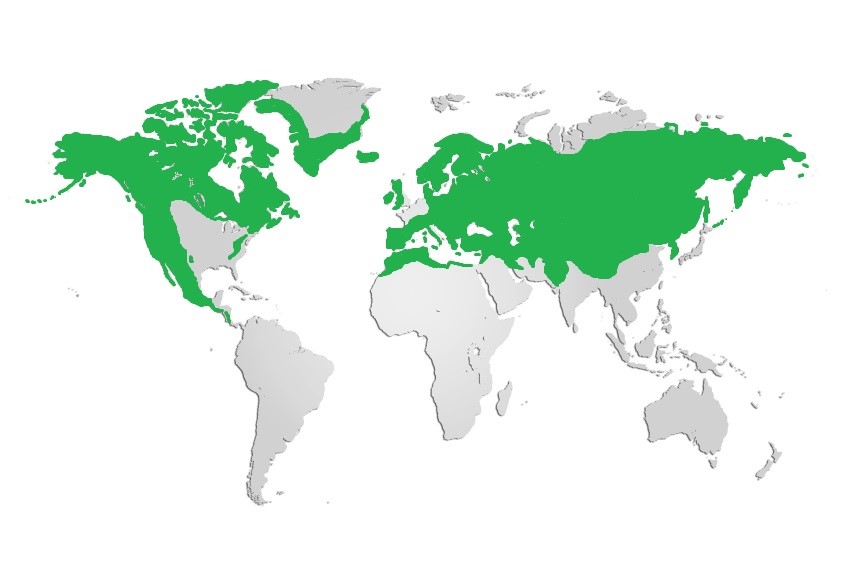