Description: Patagonian mara are large, long-legged rodents with long ears and short tails. They look like a combination of rabbit and deer but are closely related to capybara and guinea pigs. They have a grayish-brown coat and a lighter underbelly with orange-brown cheeks, throat, and flanks. They have four toes on their front feet and three on their hind feet. Mara are around 70cm (27.5 inches) long and weigh between 8-16kg (17.5-35.5lbs).

Diet: Herbivores eating mainly grasses and shrubs as well as nuts, seeds, fruit and flowers. In desert areas they will eat cactuses. They spend a third of their time grazing so like all rodents they have continuously growing teeth to keep up with the wear.

Life Cycle: Mara mate for life with the male being fiercely protective of the female. Females typically have one litter a year but are capable of having three to four litters in ideal situations. After a gestation of 90-100 days, the female gives birth to 1-3 well-developed young which she keeps in a communal burrow shared with 15-20 other pairs of mara. The mother recognizes her young by scent and sound mostly and generally will not feed another mara’s babies. After around 75 days the young are weaned off their mother’s milk and leave the burrow when they are four months old.

Habitat: Mara roam the grasslands, shrublands, forests, and deserts of lowland Argentina. The home territory of a pair of mara can cover 98 hectares (242 acres). They dig burrows and can run 45km/hr (28mph) but spend a lot of time basking in the sun.
• See Map 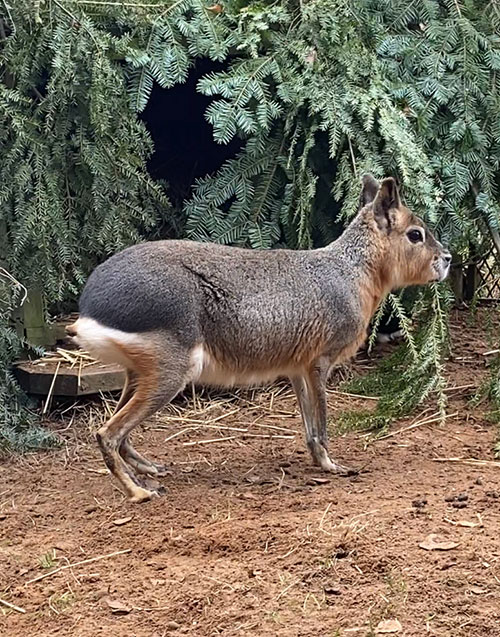 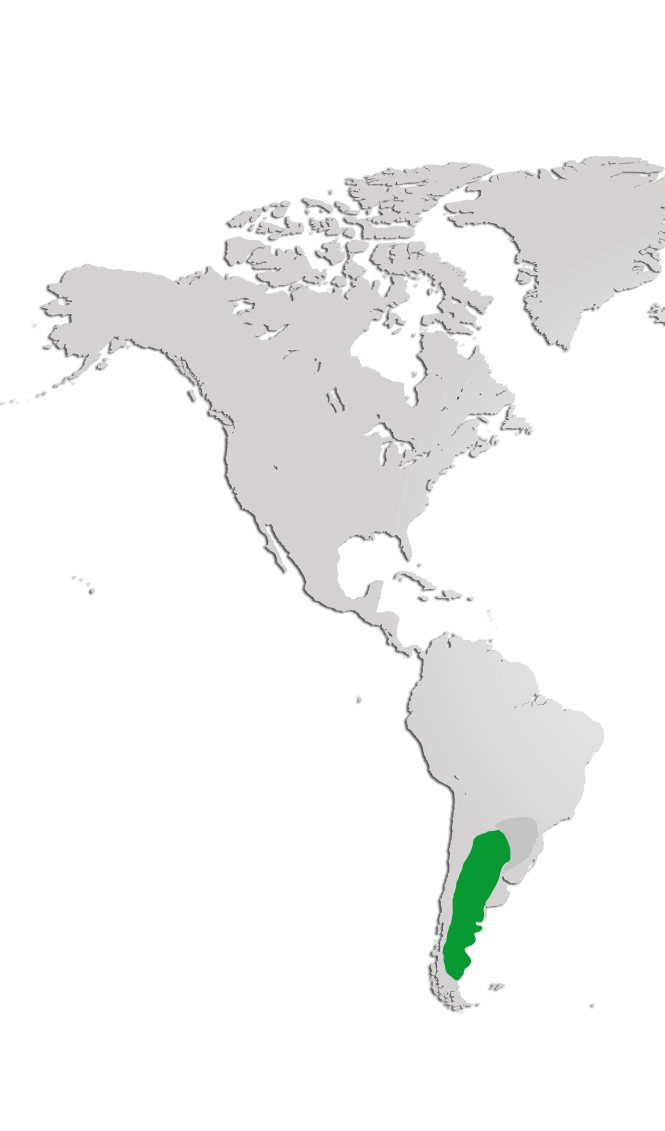