Description: Martens are long, slender and sleek with short legs and a long bushy tail. They have a short, pointed face and large, rounded ears. Their thick fur varies in colour from buff  to brown to almost black, and is normally darker and thicker in winter than in summer. They have a yellow-orange throat patch and darker rump and tail. Males are larger than females, weighing around 1kg (2 pounds) while females usually weigh around 650g (1.5 pounds). Males can reach a total length of 75cm (2.5 feet) though a common average length is 55-65cm (1.5-2 feet). Their tails make up one-third to one-half of their body length.

Distribution and Habitat: Martens were once widely distributed throughout the forests of North America, but extensive trapping and land clearing markedly depleted their population. Now they range across Canada, except for the prairies, and are in the Rocky Mountains as far north as Alaska and as far south as California. They are also found in the northeastern United States. In some areas, however, they are completely extirpated (locally extinct), like in the southern and central United States, while in other areas, including Nova Scotia., they are classified as a species at risk. There are small populations in both of Nova Scotia’s national parks. Martens prefer old growth coniferous or mixed wood forests with hollow trees to den in.
• See Map

Diet: Carnivores, consuming mostly small mammals like squirrels, chipmunks, voles and mice, martens will also hunt snowshoe hares and game birds like grouse. They will eat eggs, frogs, salamanders, insects, fruit and carrion. Although they are often seen in trees they do much of their hunting and foraging on the ground. They will even hunt under the snow in tunnels created by squirrels and mice.

Life Cycle: Males will dominate multiple females, allowing their large territories to overlap several smaller female territories. Mating occurs in late July to early August, but implantation of the fertilized eggs is delayed until February; litters of 1-6 blind and helpless young are born in March or April. Their ears open at 26 days, eyes at 39 days and they are weaned by 6 weeks. The young kits follow their mother throughout the summer, becoming independent by early fall. Martens have few natural predators, though birds of prey like owls, hawks and eagles as well as larger mammals like bobcats, coyotes and wolves will hunt them. The average lifespan is 4-8 years in the wild.

Did you know? Martens vary their activity level with the seasons, being active up to 16 hours a day in spring and summer but only a few hours in the winter months, sometimes even denning up for several days if it’s too stormy or cold. 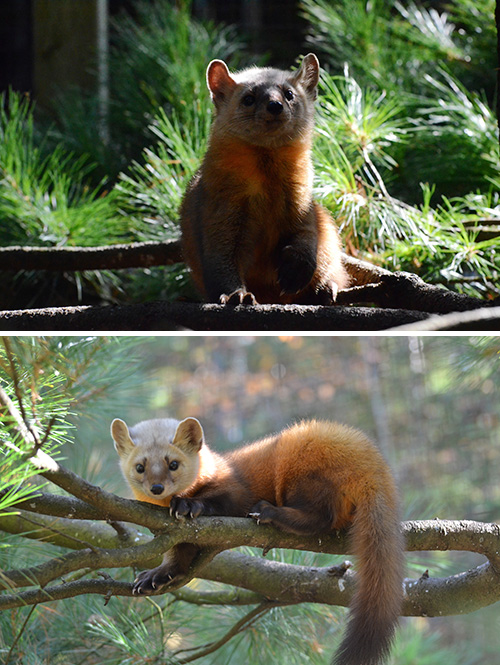 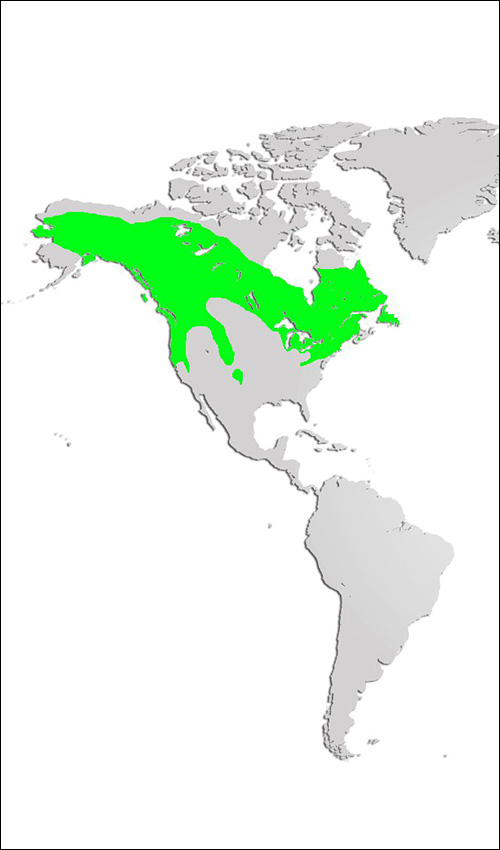