Description: Named for their short tail, bobcats are the smaller of the two lynx species found in Canada (the other is the Canada lynx). Bobcats have a grey-tan coat with white/buff underneath, black stripes on the inner legs, a short, black-tipped tail, white patches on the backs of the ears and a face made wider by hairy “ruffs” below the ears. Fifty cm (20in) tall at the shoulder and weighing 4-15kg (9-33lbs), adult bobcats are much larger than the average domestic cat.

Distribution and Habitat: Bobcats are common in Nova Scotia and their range extends across southern Canada and most of the United States. Unlike the Canada lynx, bobcats cannot travel easily through deep snow and are therefore limited to areas with lesser snowfall, which often coincides with human settlements. Fortunately, bobcats are not as shy as Canada lynx, so can adapt well to living near urban environments although they prefer wooded areas.
• See Map

Diet: Carnivorous, the bobcat diet consists mainly of snowshoe hare and other small rodents depending on what is available in their habitat. Unlike the Canada lynx, they are not selective in their prey, a factor which has contributed to their continued survival. Bobcats employ varied hunting methods  depending on their prey; stalking small mammals, but sitting motionless, waiting for middle-sized mammals to move close enough to ambush. When smaller food is scarce, bobcats will prey on larger animals such as white-tailed deer, waiting until the deer is resting and jumping in to bite the throat in a surprise attack. Bobcats will gorge on large prey, returning several times to feed.

Life Cycle: Bobcats do not pair for life and are not monogamous. Both males and females may have several partners during their breeding season in February/March, with a litter of 3 - 4 kittens born after 60-70 days of gestation. Most kittens are hunting on their own by 3-4 months, leaving their mother in the fall. Sometimes females will have a second litter in September, usually in warmer climates. Adult bobcats have few predators, but the young are preyed upon by coyotes, foxes, cougars, adult male bobcats, eagles and owls. 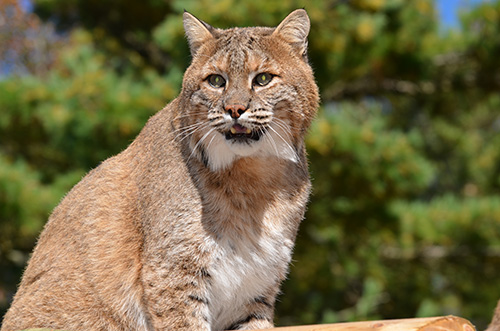 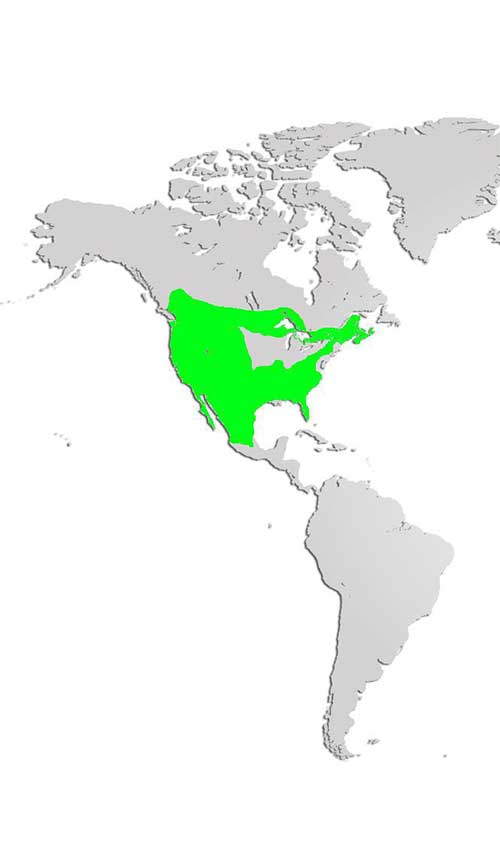