Description: American mink are long and sleek with thick, bushy tails one-third to one-half of their body length. Males are bigger than females, reaching a total length of up to 60cm (2 ft) and can weigh up to 2kg (4.5 lbs). Typical of members of the weasel family, they have short legs, small round ears, and a pointed face. Mink are valued for their thick, remarkably soft fur that varies from rich browns to almost black in colour. They have a thick undercoat for insulation and long, shiny, oily guard hairs that keep them waterproof. They often have patches of white fur on their chin and throat.

Distribution and Habitat: Mink occur throughout Canada and the United States, everywhere except the extreme northern and southern areas. They are found throughout Nova Scotia, occupying a range of wetland areas from rivers and streams to marshes, lakes, ponds and even ocean coastlines. They den on the shoreline using hollow logs, and stumps, or burrowing under roots of trees. They will also use abandoned beaver, muskrat or otter dens. Mink have been introduced to Europe, Russia and Asia where they have adapted well and are now considered invasive species as their population is increasing while the native European mink population is in decline.
• See Map

Diet: Carnivores, eating mostly small mammals like mice, voles, shrews and chipmunks, mink will eat larger prey like rabbits and muskrats. They also eat fish, birds (especially ground-nesting species), frogs, salamanders, snakes, insects and worms. Mink are skilled and vicious hunters, able to take down prey much larger than themselves, like swans and even fawns, by biting the jugular vein in the neck. They store extra food in their den but are also known to kill for sport, leaving the carcass of their prey untouched.

Life Cycle: Males often mate with multiple females from late February to early April. After a short period of development, the embryo enters a short restive period that varies in length depending on when the mink mated. A litter of 2-10 young (average of 5) is born in late April or early May. The young mink, called kits, are born hairless and helpless, opening their eyes after 5 weeks. They begin learning to hunt after they have been weaned at around 6 weeks of age. The kits follow their mother throughout the summer before going off on their own in the fall. Mink have few natural predators but may be hunted by great-horned owls, bobcats, coyotes, wolves and red fox. They usually live 3-6 years in the wild.

Did you know? Mink are so territorial and aggressive that unless they were raised together since birth they cannot be housed together. 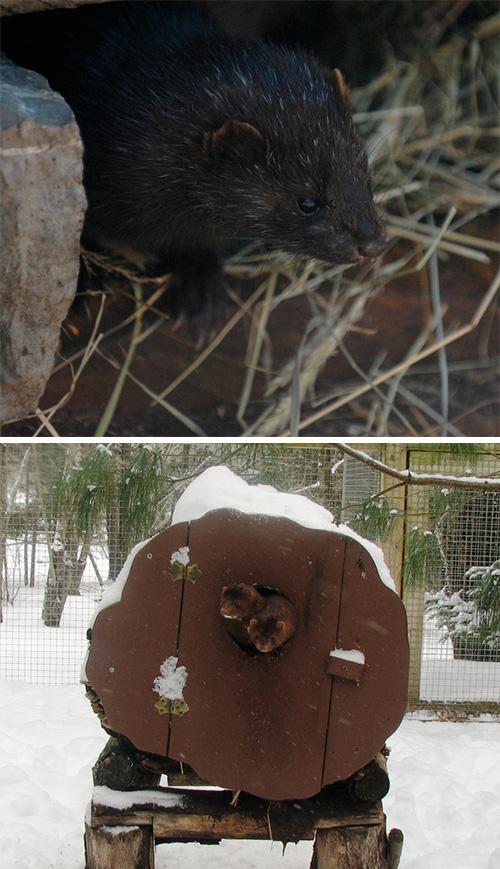 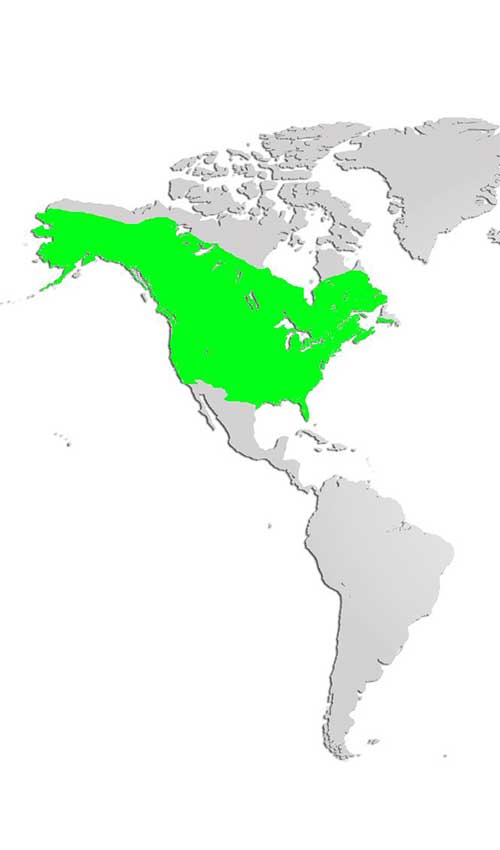