Description: A male (bull) elk, larger than the female (cow), can stand 1.5 meters (5 feet) tall at the shoulder and weigh over 360 kgs (800 lbs). Although the coat of the elk varies in colour from reddish to dark brown, summer to winter, they are readily identified by their distinctive pale rump. Elk have a dark mane of hair around the neck, unique upper canine teeth (eyeteeth) and like other deer; mature males grow an impressive set of antlers each year.

Distribution and Habitat: In Canada, elk are native to the western provinces and are a common sight in the foothills of the Rocky Mountains.
• See Map

Diet: Herbivores, North American elk are ruminants, with a four-chambered stomach, and feed on grasses, plants, leaves and bark that they will chew twice during their digestive process.

Life Cycle: For most of the year, elk remain in single sex groups. When rutting season begins in early autumn, males start competing for harems: vocalizing (bugling), strutting past one another and wrestling for dominance. Bull elk will also scrape shallow holes in the ground which they then urinate into and roll around in before parading by their collected females. Elk calves are born after a 240 - 260 day gestation. Twins are rare. Cows will isolate themselves to give birth and return to the herd when their calf is about 2 weeks old. Young elk grow quickly and reach near adult size in 6 months, remaining in their mother’s care for their first year. Predators of elk include bears, wolves, coyotes and cougars.

Did you know? Among the deer of North America, elk are second in size only to the moose. 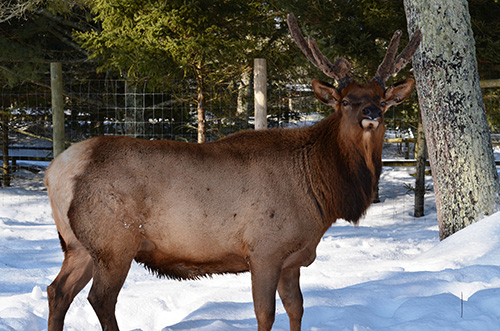 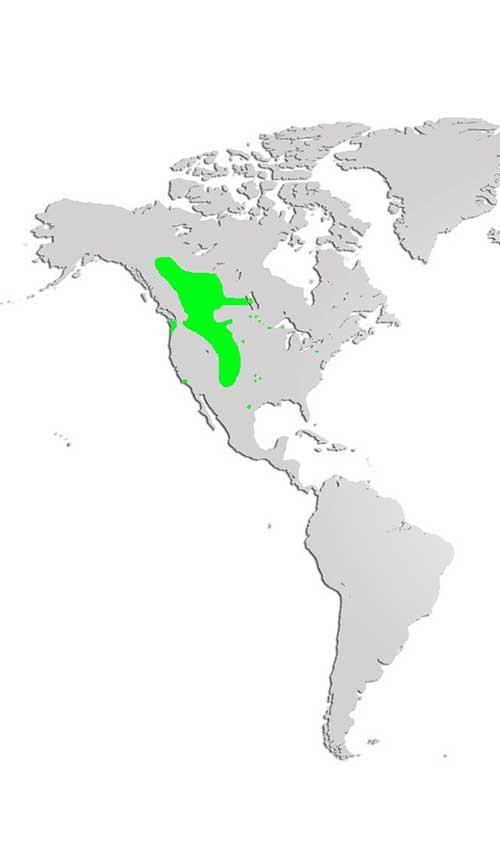