Description: The loud screeches you hear in the Park are probably made by the peafowl. Known for the striking colors on their tail feathers and their loud, harsh voice, peafowl are ornamental birds. Peacocks (males) show off their metallic green and purple colors by lifting up their whole tail to form a large fan. They do this when courting the peahens (females) which are light beige with brown markings. The males are the colorful birds, and even when not in breeding plumage maintain their brilliant blue neck, breast, and head. Hens are crested, they have shorter legs, they don't have elongated tail feathers, and their plumage is not as shiny.

Distribution and Habitat: Found in the rainforests of South Asia, the peafowl's plumage serves as a camouflage when the feathers of its fan are closed. They keep the same roost, they visit the same area to feed, and they sunbathe in the same place day after day. Peacocks feed on the ground and roost in trees, while peahens nest on the ground in open areas.
• See Map

Life Cycle: Four to 8 eggs are laid from April to June. When hatched, the chicks look like small, yellow balls of fluff and are sheltered under the hen’s wings and tail. She feeds the chicks directly from her beak. Peacocks usually have 3 to 5 females and some young birds in their flock.

Did you know? Known for chasing one another in circles around bushes, peafowl run with their necks stretched straight out. 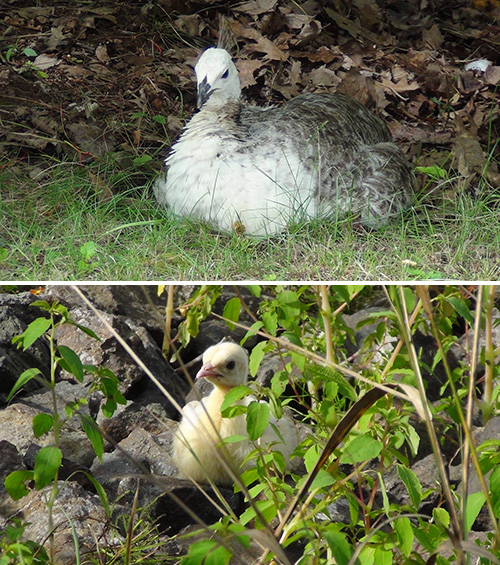 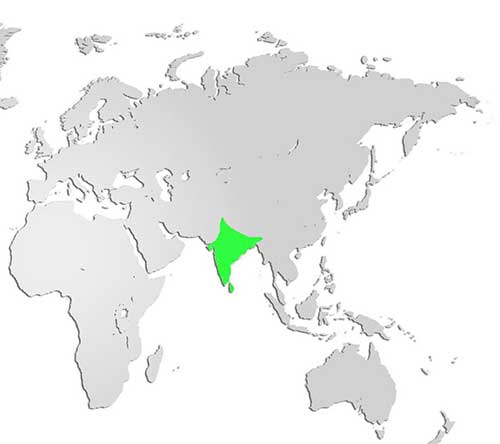