Description: Snowshoe hares are named for their large hind feet with long toes and stiff hairs that act as snowshoes to support them on top of the snow, allowing them to effectively flee from predators during winter. Snowshoe hares weigh 0.9-1.8 kg (2 to 4 lbs) and reach lengths of 41 to 52 cm (16 to 20 inches). Rabbits and snowshoe hares may look similar, but hares differ in that their young are born fully furred and with their eyes open, rather than bald, blind and fully dependent like newborn rabbits. Snowshoe hares change their coat colour in spring and fall through moulting; their brown summer coat gradually switches to a white winter coat and then reverses in the spring.

Distribution and Habitat: Snowshoe hares are found throughout Canada and parts of the United States and are common in Nova Scotia. They inhabit conifer thickets and alder swamps and follow familiar paths between feeding and shelter areas.
• See Map

Diet: Herbivores, snowshoe hares eat a variety of green vegetation such as dandelions, clover, daisies and leaves from willow and birch trees. In winter, they feed on buds, twigs, bark and needles from trees and shrubs.

Life Cycle: The breeding season for snowshoe hares normally follows the growth of new vegetation in their environment, varying with location and yearly events (weather conditions and population cycle). Breeding normally begins in late December in southern areas and lasts until July or August in all geographic areas. Young are born 35 to 40 days after mating. Averaging 3 to 5 young, born fully furred, open-eyed and mobile, female hares may have four litters in one year. Many predators feed upon snowshoe hares including great horned owls, lynx, bobcats, foxes, coyotes, mink and humans. Snowshoe hare populations fluctuate in regular 10 year cycles, with rapid increases in population followed by a slower decline, usually attributed to predation.

Adaptations: Snowshoe hares have smaller ears than most other hare species, thought to be an adaptation to their cold climate environments as hares and rabbits use the large veins in their ears to disperse body heat in hot weather. Hares have proportionally larger hearts than rabbits, allowing them to run fast and far from predators rather than freezing and hiding as frequently as rabbits. 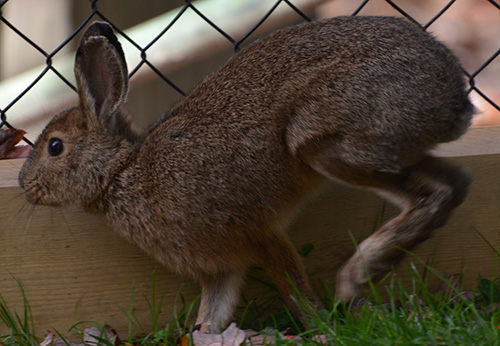 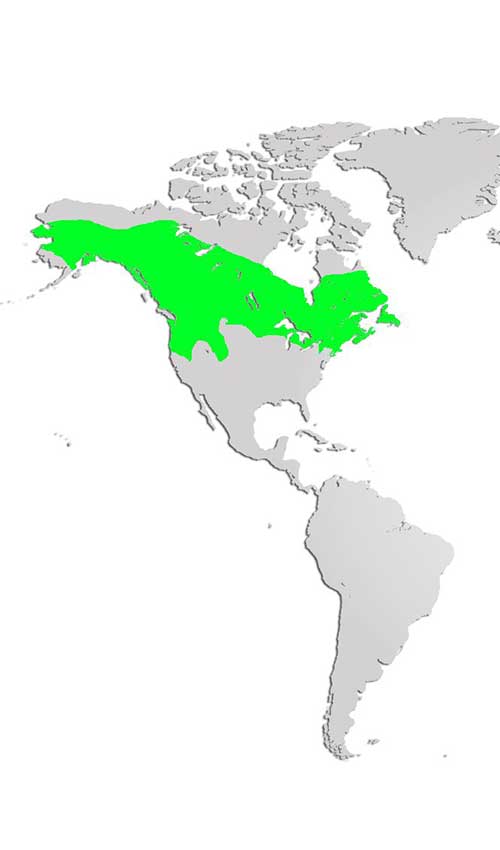