Description: Whooper swans (pronounced “hooper”) are very large, second only in size to trumpeter swans as the largest swan in the world. Adults can weigh up to 9kg (20lbs) and have a wingspan up to 2.4m (96ins). Completely white with black legs and feet, the whooper swan has a yellow and black bill. The yellow part covers more than half of the upper bill and is completely unique to each individual bird, similar to a fingerprint in humans.

Distribution and Habitat: Native to northern Eurasia, small populations of feral Whooper Swans can be found in the US (birds who have escaped captivity and have bred successfully in the wild).
• See Map

Life Cycle: Whooper swans begin their breeding season in April and May, and a single clutch of eggs is laid per year. Nests are typically found on mounds of vegetation in a freshwater riparian area. Incubation lasts approximately 31 days, and the chicks leave the nest within a few days of hatching. Cygnets (young swans) become independent after a year, although they are able to fly after about 78-96 days, and are sexually mature after approximately 4 years.

Did you know? Whooper swans form monogamous pairs and mate for life, although some may find a new mate if theirs dies. 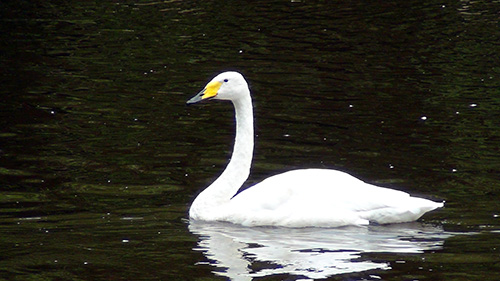 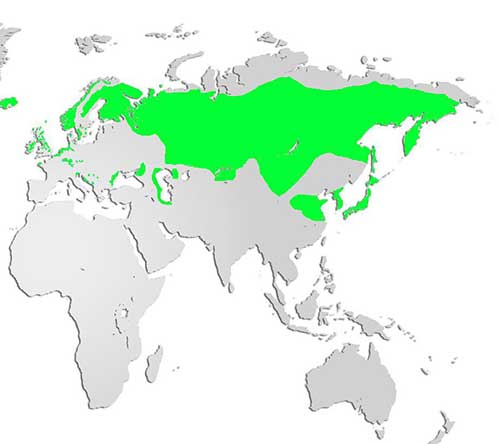